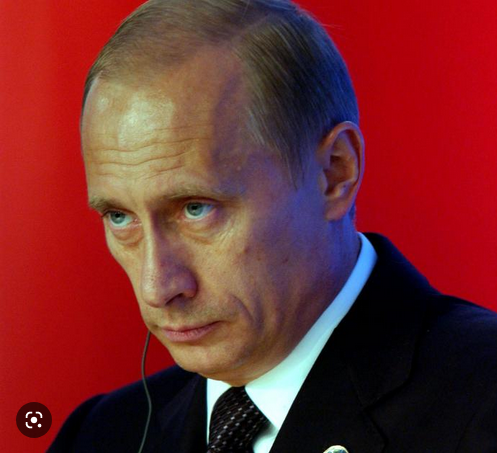 By Victor Adair8 January 2023No Comments

The Fed raised short-term interest rates aggressively in 2022. The yield on the 2-year Treasury soared from ~0.9% in early January to ~4.7% in November – the highest yield in 15 years. Looking one year ahead, most “forecasters” see s/t rates rising maybe another ~0.5% and/or falling ~0.5% – a very narrow range compared to the dramatic surge in 2022.

I’m not saying that forecasts of relatively minor changes in s/t interest rates in 2023 will be right or wrong. Still, I’m expecting “something new” will replace the market’s laser focus on potential changes in Fed policy. As a trader, I’m familiar with the pattern of markets becoming obsessed with something and then turning their back on that and becoming obsessed with something new. So, what will be the new, new thing?

The consequences of sharply higher interest rates: a recession

Markets are starting to price in the consequences of the Fed raising interest rates aggressively. Some folks expect a “soft landing,” while others foresee a looming economic disaster. Let’s say that markets may become obsessed with a “recession watch” mentality.

Michael Harnett, Chief Investment Strategist at BofA Merrill Lynch, expects the US, Japan, the EU and the UK to issue $6T worth of bonds in 2023. People, corporations and countries will compete to refinance at much higher rates. This may have recessionary implications, but it may also trigger a “something breaks” moment if borrowers cannot refinance.

Markets adapt to current conditions, but a sudden and unexpected increase in geopolitical stress could cause concerns about changes in monetary policy to look trivial.

Markets seem to be pricing a “contained” war in Ukraine – a war that will continue, without getting much worse, until some form of settlement is reached. The consensus in the West seems to be that Russia has met their match in Ukraine and will have to negotiate from a weak position.

What would happen to markets if Russia and Belarus launched an attack on Kyiv? I expect stock markets would tumble while the USD, gold and bonds would soar.

It is difficult to hedge geopolitical risk. Before the Russian invasion of Ukraine in February 2022, it was “public knowledge” that Russian forces appeared to be ready to invade, yet markets were shocked by the actual invasion.

There seems to have been a recent wave of optimism about “Europe.” Part of that will be the recovery from the “despair” of last summer when energy costs were soaring, and Europe was facing an existential winter of freezing in the dark.

Another factor buoying the Euro has been the much more aggressive tack taken recently by the ECB. Previously, markets thought that the ECB would be loath to raise rates, let alone match the pace set by the Fed. But now markets expect the Fed is “nearly done” while the ECB is just “getting started” in tightening monetary policy.

Markets obviously acknowledge the war in Ukraine but, as noted above, see it as “contained,” with a settlement likely at some point in the future. I hope it is contained and ends ASAP, but I see buying the Euro here as having little upside – with huge downside risk on a 1 to 90-day time horizon.

After chopping up and down in a narrow range for three weeks, the S+P, VTI, DJIA and DJT broke out higher on Friday when 1) recent technical support levels held after the stronger-than-expected UE report and 2) the weaker-than-expected ISM services report gave the market hope that services inflation would join goods inflation in trending lower, which means the Fed will be less likely to keep pushing rates higher, which means, Buy, Baby Buy!

The entire Treasury curve rallied on Friday’s UE and ISM reports for much the same reasons that stocks rallied. Longer-duration bonds rallied more than shorter-duration.

Who owns Treasuries? White is foreigner. Blue is the Fed.

The US Dollar Index looked ready to rally earlier this week, after chopping sideways in a narrow range for the last three weeks, but fell from one-month highs on Friday’s UE and ISM data.

The Euro drifted higher in late December in subdued year-end trade and ended the year at a 6-month high, up ~12% from September’s 20-year lows. This week, it was down as much as two cents from last week’s close before the UE and ISM report but bounced back ~1.5 cents.

The Canadian Dollar chopped up and down within a one-cent range for most of the past month but closed Friday at a one-month high following much larger-than-expected job gains in Canada and in harmony with the rally in stocks, bonds and other currencies.

Gold fell to a 30-month low in late September 2022 as the USD hit 20-year highs. Since those turn dates, gold has had a strong negative correlation with the USD: gold rallied ~$250 while the USDX fell ~10%.

Gold was virtually unchanged from year-end 2021 to year-end 2022 at ~$1830, while the USD rose ~8%, and real rates (as measured by 10-year TIPS) soared from around negative 1.2% to positive 1.8%, a dramatic increase. Gold held its own in an environment that would typically be very toxic for gold. To quote my good friend Dr. Martin Murenbeeld (a world-class gold analyst), “…it almost goes without saying that were gold to be determined only by what the dollar and interest rates did in 2022, the metal would have ended the year significantly lower.”

In TD Notes last year, I pointed out that gold was essentially “ignored” in 2022. For instance, in the gold bullion ETF market, there was a buying spike on the Russian invasion, yet, over the past two years, there was net selling of ~400 tonnes. From late 2021 to September 2022, the USD and real interest rates trended higher, typically a toxic environment for gold, so it’s no surprise buyers avoided gold.

(Note: I corrected the above data one day after this blog was posted on January 7. I had reported official CB net buying at~50 tonnes. That was not correct – my mistake. The better estimate is 400 tonnes, which is much more significant than 50 tonnes! I apologize for the error.)

What is the “something else” and “who” is buying? I’m not a gold bug, but I think unofficial or unreported central banks and/or sovereign wealth funds may be buyers. The freezing of Russian financial assets could have been a wake-up call for some folks who are not “best friends” with the USA.

Shorting gold here, like buying Euro here, has a poor asymmetric risk/reward profile. I’d be interested in long gold/short Euro, but managing risk on a relative value idea is difficult (and regular readers know I make money from managing risk, not from picking great trades!)

My friend Peter Brandt had some great words of wisdom in his weekly letter to subscribers. He wrote, in part:

My observation is that traders tend to invest too much intellectual and emotional capital in each trade, as if:
• A trade is a direct reflection of one’s ability/intellect
• The next trade or series of trades will determine one’s future as a market speculator.

Peter has analyzed all of the trades he has done over 40 years and has discovered that ~80% of all of his profits have come from ~20% of his trades (he refers to that as the Pareto Principle), and he has concluded that:

I am not smart enough to know which 20% of my trades will produce the bottom line – if I was smart enough, these would be the only trades I would take. In a real sense, taking trade after trade is part of the process of
discovery. In fact, losing is part of the process of finding the winners. So, if I believe that 20% of my trades will produce 80% of my profits if I use tight initial stops but allow winners room to roam (if they remain winners),
then my job as a trader is to prevent the 80% of the trades from doing real damage.

I started 2023 with two positions established near the end of last week: short S+P futures and long Euro puts.

I was stopped at breakeven on the S+P trade as soon as the Monday, January 2nd overnight session began. I had been ~45 points ahead on the trade before a late-day rally on the last day of the year and nearly covered it then after the frustration of buying highs and selling lows for the previous two weeks.

My 106-strike Euro puts showed a slight loss at year-end, but I kept the position – I had limited risk on the trade, and the Euro was still below the highs it made on December 15.

The Euro trended lower on the week, and the puts nearly doubled in price before the UE data Friday morning. I closed the trade for a 40-point gain shortly after the UE report and was glad to have done so as the Euro rallied all day, and the puts fell to my purchase price.

I bought puts rather than shorting the Euro for two reasons 1) I wanted to lengthen the time I held positions, and owning puts limited my risk, and 2) I had been “chopped up” in the sideways markets in the last two weeks of the year and had diminished respect for my ability to pick a winning trade!

I was flat at the end of the week.

The forest trails where I let Barney run free have been full of mud puddles, and if you own a dog, you know how much dogs love a good mud puddle! When we got home, I took Barney into the shower with me, and he was reluctantly compliant. My wife snapped this picture of the two of us after he dried off – he is rarely this clean and fluffy! Happy New Year from Barney and me!

I’ve had a regular weekly spot on Mike Campbell’s Moneytalks show for >22 years. The January 7 show is at: https://mikesmoneytalks.ca.

I recorded my monthly 30-minute interview with Jim Goddard for “This Week In Money” yesterday. You can listen here. I talked about how I thought markets would shift from being laser-focused on the Fed – that maybe geopolitical issues would be the big driver of markets this year. We also talked about stocks and interest rates and currencies and especially gold.