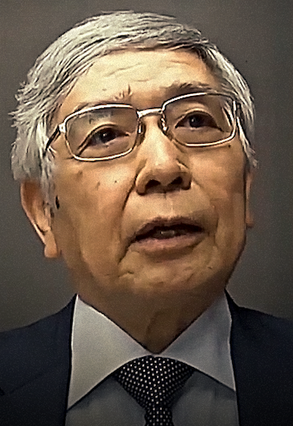 By Victor Adair31 December 2022No Comments

The Financial Times: Global Stock and bond markets lost more than $30T in 2022

The S+P more than doubled (up ~120%) from the Covid Panic lows in March 2020 to the All-Time Highs in January 2022 as a combination of aggressive monetary and fiscal policies flooded markets with “money,” drove risk assets higher and spawned unforgettable acronyms like TINA and FOMO.

CPI inflation spiked in 2021, but the authorities blamed it on supply chain issues and declared it would be “transitory.” But it wasn’t, and Central Banks worldwide began hiking interest rates, slowly at first and then more aggressively. Stocks and bonds tumbled, and the US Dollar soared as a “correction” began.

Throughout 2022 the most critical market question was, “What’s the Fed going to do?” They raised s/t interest rates at the most aggressive pace in decades, and Powell repeatedly told us that they would sustain higher interest rates until inflation came back down to their target range.

Markets have been searching for “Peak Fed,” hoping that once the Fed pivots, risk assets will rally. That may happen, but I’m “open to the possibility” that we’ve seen a secular inflection point, that after years (decades) of low inflation and low interest rates, we are in a new era of higher inflation and higher interest rates. The 40-year bull market in bonds that sponsored the 40-year bull market in stocks might be over.

Felix Zulauf and Louis-Vincent Gave have recently talked about the world dividing into two big “blocks,” with one side headed by the USA and the other by China, and there will be “competition” between these blocks.

China has been in various forms of lockdown for three years and has recently made a dramatic pivot from that stance, leading to a massive increase in covid cases with knock-on effects on domestic supply chains. In the short term, this may get worse or blow over, but inevitably the population will start spending again – adding to global inflation pressures.

(An alternative view: Like Japan in 1990, China is exhausted after a great 20-year run. The economy is WAY over-levered and will “re-trench” for several years. China will no longer be the locomotive of global growth. I don’t know if this alternative view will prevail, and it certainly is not a consensus, but recall how Japan was going to “take over the world” in the late 1980s – and didn’t! Consensus forecasts never play out!)

Geopolitical analysts have focused on the possibility of China moving against Taiwan, but perhaps the bigger worry is the worldwide “network” of “friends and allies” that China is building.

The war in Ukraine continues, but despite hopes in the West that Ukraine will soon triumph, the battle may go from bad to worse.

Propaganda has become so intense and pervasive that people don’t know what to believe. They are certainly less inclined to have confidence in their government, yet Felix Zulauf tells us the zeitgeist is a move towards socialism and greater government control. (Welcome to the WEF world.) I wonder if events like the Canadian trucker’s convoy, the demonstrations by Dutch farmers, the mass street protests in China, or the Meloni election in Italy foreshadow a looming inflection point between people and government. This inflection point could hit markets like an earthquake.

The DJIA has been the strongest of the major American stock indices this year (down only ~11% from ATH), while the tech-heavy Nasdaq has been the weakest (down ~37%.)

Apple touched an 18-month low this week, down ~31% from its January ATH.

The Financial Times estimates the Private Equity industry is now ~$20T in size. Pension funds are significant participants in this industry as they look for alternative ways to invest their assets in a time horizon that matches their liabilities. Private Equity valuations are opaque, but this coming spring, pension funds will be assigning valuations as they report their 2022 results, and those valuations may be disappointing.

The essential marketing pitch for passive investing is: Don’t try to time the market and don’t try to pick stocks. Keep buying the whole market every month, and you will be rich when you get older because the market always goes up over the long haul – look at the charts going back 100 years!

For the past several years, capital has flowed away from active managers (they try to time the market and pick stocks) and into passive vehicles. There is now more money in passive funds than in active funds.

I’ve asked the question: what will it take for people to start pulling money out of passive funds? Earlier this year, I thought people might start withdrawing money if the broad stock market was down for several months. This chart may be an early warning signal. January will be important, as that is usually the biggest month of the year for inflows.

Two years ago, ESG investments were the new Wall Street darling, but their reputation has gone from lustrous to tarnished as the realities of the energy world have produced record demand for coal in 2022.

The yield on the 10-year Treasury was ~1.5% in December 2021 and rose to a 15-year high of ~4.2% in October as the Fed raised short rates and began QT to cool inflation. Yields fell, and prices rose from October into early December (recession worries?). Still, since then, T-Note prices have fallen as European bond prices tumbled in response to ECB policies that were more aggressive than expected. The German 10-year yield was ~2.55% at year-end, an 11-year high – in 2020, it had a negative 85 bps yield.

The forward markets expect short rates to rise to ~5% by June 2023 but fall ~125 bps into June 2024. SOFR futures (Secured Overnight Financing Rate) are in the process of gradually replacing Eurodollar futures.

The Japanese Yen fell to a 32-year low in October but rallied from those lows following the Japanese authorities’ substantial intervention in the FX markets. The Yen got another boost on December 20 when the BOJ adjusted part of their yield curve control policies. FX traders have assumed that the BOJ is beginning to reverse some of its long-held policies as inflation rises in Japan. All leading Asian currencies have bounced back from recent lows as the Yen has rallied.

The Euro touched a 20-year low in September and rallied ~11% by year-end. The Euro rally was synchronized with a strong rally in the leading European stock indices (the EuroSTOXX 50 index rose much more dramatically than the S+P during October/November.) Currency speculators in CME futures bought the Euro rally aggressively.

The Canadian Dollar fell ~6% YoY against the USD as commodities, and especially energy prices were weaker in the 2nd half of 2022.

The Mexican Peso was one of the strongest currencies in the world in 2022, ending the year ~5% higher Vs. the USD. Short-term Mexican interest rates are about double US short rates, and “friend-shoring” possibilities may have helped boost the Peso. Currency futures speculators hold the largest net-long MEX position in several years.

Despite rallying to new ATH following the Russian invasion and falling to 30-month lows in September, gold was virtually unchanged YoY at ~$1830. Since September, gold has had a highly negative correlation with the USD and has seemingly lost its correlation to real interest rates.

European NatGas prices had an astonishingly volatile year and skyrocketed miles above previous highs – but ended 2022 at nearly the same price as year-end 2021!

NYMEX NatGas futures also had a volatile year (but not nearly as wild as European prices) and ended 2022 down ~60% from the August highs.

CME-traded Bitcoin futures hit ATH in November 2021 (around the same time that the Nasdaq peaked) but were down ~75% one year later. Year-end prices are up ~55% from the lows made during the Covid Panic in 2020.

I make money when I’m on the right side of a market move, so I’m constantly making judgments about where a market may be going and what I should be doing.

I believe managing risk is essential for making and keeping money, but that must be balanced with an appreciation of what may be happening within a particular time horizon, so I need to have a basis for “why” to make a trade before I decide “when” to make a trade.

I should have stayed away from my trading desk for the last two weeks. Currency and equity futures were very choppy, and I seemed to buy highs and sell lows. I traded small sizes and took several small losses. I think I made money on a few trades, but it felt like nothing worked. I lost ~1% of my trading capital, so that wasn’t a problem, but it felt like I lost a big chunk of my “mental” capital!

All traders go through draw-down periods – you don’t like it, but that’s how it works. I could have “walked away” before Christmas, but I got stubborn and tried to get my money back. It isn’t very comfortable to admit that, but it’s also therapeutic – I hope!

I’m short the S+P, and long Euro puts at the end of the year.

I have opinions about markets; lately, my thoughts have been that the stock indices will take another leg down, and the USD will rally. When I hold views like that, I look for opportunities (set-ups) to short stock indices and short currencies against the USD.

When I have an opinion about what a market might do, I need to plan what I will do if I’m wrong. I’m relentless about keeping my losses small.

When I think a market will rally and I find a good spot to get long, and the market rallies, I try to give it room to run – I try not to get my stops too close.

We had snow here for about ten days, and Barney loved it, but temperatures rose, the rains came, and now the snow is gone – and he’s ok with that. I take him out for his first walk of the day before sunrise – about the time the New York and Chicago day sessions are starting – which is not a good time for me to be away from my screens, but I believe that teaches me patience.

I’ve had a regular weekly spot on Mike Campbell’s Moneytalks show for >22 years. Our year-end podcast is at: https://mikesmoneytalks.ca.

I recorded my monthly 30-minute interview with Jim Goddard for “This Week In Money” on December 10. We talked about the markets I trade and how I trade them. Near the end of the interview, Jim asked if there was anything else I’d like to add, and I got into a “mini-rant” about people getting sucked into believing stories. I wrote about it a couple of weeks ago, but check out this link and hear what I said – with nothing held back!