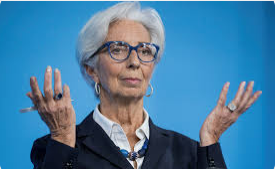 By Victor Adair18 December 2022No Comments

For the past several months, the Big Question has been, “When will we get Peak Fed?” The sentiment was that Peak Fed would be a “green light” buy signal, and risk assets were bid up in anticipation of that magic moment arriving.

More recently, another Big Question began to weigh on market sentiment, “When will the recession start and how bad will it be?”

Price action this week looks like “recession” is the new Big Question, and some of the anticipatory buying has turned to selling.

Coming into this week, traders expected the CPI report and the FOMC meeting to be the two key events – everything else was well down the list in terms of importance.

The CPI report was weaker than expected, and the Dow futures soared ~700 points in five minutes to 8-month highs. Over the next four hours, however, the market fell ~1,100 points; perhaps traders didn’t want to go into FOMC Wednesday overweight risk assets.

As expected, the FOMC announced a 50bps increase, but the unexpected news was that the Fed anticipated rates would have to go higher and stay higher for longer. Dow futures fell ~700 points following the FOMC news and Powell’s presser but rallied to close Wednesday only ~100 points below Tuesday’s close.

From my perspective, the surprise event of the week was the ECB meeting early Thursday morning. The ECB (and Legarde especially) were much more aggressive than expected (rates will go higher than expected and stay higher for longer, and QT will start in Q1/23.) The market assessed that the ECB (and the BoE) were tightening into a Eurozone recession, which would worsen the recession.

My assessment: I think the recent bond market rally (and the deepening yield curve inversion) and the decline in the commodity indices have foreshadowed a global recession, and the equity markets are reluctantly coming to the same conclusion.

Powell and the dot plots see the Fed raising interest rates into Q1/23 and then keeping them high throughout 2023. The forward interest rate markets agree with the rise into Q1/23 but expect rates to fall by ~50bps from June 2023 to Dec 2023 and to keep falling into 2025. The trigger for a decline in H2 2023 would likely be the Fed relenting because of 1) a deepening recession and/or 2) something breaks (for instance, a credit event or the stock market tumbles.)

This is a chart of the Secured Overnight Financing Rate (SOFR) futures traded on the CME. The market trades at a discount to par (par = zero interest rates.) A price of 95 = a 5% effective interest rate, so the rising line from June 2023 (M23) represents falling interest rates. For instance, December 2024 (Z24) on this chart is ~97, for an effective rate of 3%.

The US Dollar Index hit a 20-year high in September and has declined ~10% since then.

The Euro hit a 20-year low in September and has rallied ~12% since then. The 20-year low coincided with worries about Europeans starving and freezing to death in the dark this winter due to soaring food and energy prices. Those worries have diminished somewhat, and EURUSD is traditionally strong in December. Futures market speculators (as of December 13, when the Euro traded at 6-month highs) held a net long Euro position of USD$16.6B – their largest net long position since March 2021.

The Mexican Peso hit a 32-month high at the end of November (but was down ~50% from its 2008 highs.) Futures market speculators held their largest net long MEX position in at least ten years at the end of November. I’ve wondered if this speculative buying was in expectation of “friend-shoring” creating a substantial increase in Mexican exports to the US and/or if it was a high-yield “play” on shorting the USD. (Mexican s/t interest rates are more than double US short rates, and speculators swung from being net short the Peso in September to hugely net long in October/November as the USD fell from 20-year highs.)

If the USD starts to rally, speculators may begin liquidating their long MEX positions, exacerbating the decline.

The Canadian Dollar has closed lower for five consecutive weeks, falling from ~7560 to ~7300, while Eurozone currencies and the Yen have rallied against the USD. The CAD correlation with the S+P, the USD and commodities waxes and wanes; for the past several weeks, the CAD has been highly correlated with weak commodity prices. Canadian s/t interest rates are also “falling behind” US short rates.

On this chart, the CAD looks “ready” to break down and make new lows for December.

Imagine what Canada’s trade balance would look like if we had LNG export facilities – or if Biden had approved the Keystone pipeline!

Gold rallied ~$200 from the early November lows to this week’s highs. The rally has been highly correlated with weakness in the US Dollar. Comex gold open interest has declined by ~33% (to 4-year lows) since the spike high made on the Russian invasion of Ukraine. The gold bullion ETFs have seen significant net selling since the Russian invasion, with minimal net buying on this recent $200 rally. Speculators and investors in gold futures and ETFs seem to have “lost interest” in gold.

Given the relative “lack of interest,” gold could be vulnerable if the USD strengthens.

Nymex WTI crude oil has trended lower from the $130 14-year highs made in March following the Russian invasion of Ukraine. WTI touched 12-month lows last week at ~$70, down ~46% from the March highs. Open interest has fallen to 10-year lows. The decline in open interest may be due, in part, to wicked s/t volatility and perhaps also to less hedging by producers.

WTI nearby futures traded ~$24 premium over 6-month deferred contracts in March, but that backwardation shrunk as WTI prices trended lower and last week, the 6-month forward traded in contango for the first time in two years.

On this chart, XLE is the green line, the Saudi Aramco share price is the purple line, and Brend crude futures are the orange line.

Given that the world will probably need lots of fossil fuel energy before alternatives meet all our energy requirements (ya think?), this chart demonstrates one of the most significant longer-term bullish arguments – oil and gas companies’ CAPEX is way down – which may mean severe shortages in the future.

I started this week with a short S+P position established last Friday. I covered that trade for a small gain on Monday and did not trade the S+P for the rest of the week – I didn’t want to position in front of the CPI or the FOMC events, and I didn’t want to chase the spectacular moves that followed those events!

Instead, I shorted the CAD after it rallied on the CPI report. I saw the CAD as a less volatile “risk asset” that would track (to some degree) the stock indices. I’m also looking for opportunities to buy the USD, so I had two “reasons” to be short the CAD. I remain short the CAD into the weekend with ~80 points of unrealized gain.

I did not try to short the Euro on Thursday – the correction from the highs was too swift to chase, and it was trading at 6-month highs. I got short Friday when the bounce-back from Thursday’s lows ran out of steam. I remained short into the weekend with about 30 points of unrealized gain.

As noted above, speculators have been aggressively buying Euro futures (mainly covering short positions) since September and, as of December 13, were the most net long since March 2021. Speculators will be motivated to reverse those trades if the Euro weakens, and January is traditionally a weak month for the Euro.

I shorted the Mexican Peso on Friday, looking for it to drop through the previous December lows. As noted above, speculators are hugely net-long and might start selling if the Peso weakens. I covered the trade for a slight loss – the market had an excellent opportunity to break down – but didn’t, so I went flat.

Liquidity gets thin around year-end, and price action may be choppy, so I may be extra cautious about opening new positions. Still, from a macro allocation perspective, with a 3-month time horizon, I’ll look for opportunities to get short risk assets and long the USD.

This chart does not surprise me, but I expect that “one of these days,” people will start pulling money from passive investment schemes.

My objective in writing these Notes has been to share my thoughts about markets and how I trade them in the hope that my readers might get an idea that will help them with their trading.

I won’t write a “buy this, sell that” service. I’m sincere when I say, “Nothing on this website is investment advice for anyone about anything.”

I’ve been too cautious with my trading this year and have become too short-term. I hope to become more aggressive next year and trade within a longer time frame. My strengths (my “edge” in trader lingo!) are in macro and sentiment analysis, overridden with strict risk management.

I was also very focused on trading stock indices this year – that’s where the action has been, but I hope to trade other markets (currencies, interest rates, metals and energy) more next year.

I believe everyone has to find their way to trade and that trading is not for everyone. My way of trading changes as markets change and as I change. I’m not a robot and won’t try to compete with robots on their turf. I love looking at all kinds of markets and finding good ideas, but I don’t get married to them. I can be self-critical, but I don’t hang onto regrets. I genuinely believe trading is not a game of perfect; it’s a marathon, not a sprint.

I keep making notes to myself to make the Notes more about trading and less about reporting.

I genuinely welcome comments from my readers – please let me know if there is something you’d like to see in these Notes!

I watched an excellent interview with Brent Donnelly on RTV this week. He discusses several of the “whys and hows” he trades – I agree with nearly everything he said and highly recommend the interview. (As with the link to Felix Zulauf above, you may need to be an RTV subscriber to view these videos.)

I don’t plan to write a blog next week, but I will probably write another one before the end of the year.

I’ve had a regular weekly spot on Mike Campbell’s Moneytalks show for >22 years. The December 17 podcast is at: https://mikesmoneytalks.ca.

I recorded my monthly 30-minute interview with Jim Goddard for “This Week In Money” on December 10. We talked about the markets I trade and how I trade them. Near the end of the interview, Jim asked if there was anything else I’d like to add, and I got into a “mini-rant” about people getting sucked into believing stories. I wrote about it last week, but check out this link and hear what I said – with nothing held back!