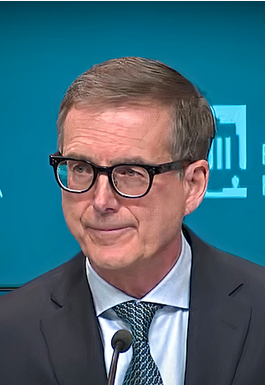 By Victor Adair11 December 2022No Comments

Share prices of many fossil fuel energy companies (which had recently seemed immune to falling crude oil prices) had their sharpest declines in six months this week.

The Goldman Sachs commodity index, with its heavy energy weighting, had its lowest weekly closing of the year this week.

The leading stock market indices were trading near two-year lows on October 13 when the CPI report ignited a strong rally that ran to last week’s highs. The DJIA had the most robust rally, with a gain of ~6,000 points (21%), and, at last week’s highs, it was down only ~6% from January’s All-Time Highs.

The Nasdaq, which had fallen more than the other indices, had the weakest rally from its October lows, and at last week’s highs, it was down ~27% from its November 2021 All-Time highs.

The USDX rallied to a 20-year high in September, with the rally accelerating earlier this year as the Fed was perceived to have the most aggressive Central Bank policies. The Russian invasion of Ukraine also accelerated the rise of the USD as capital flowed to America for safety and opportunity.

The Euro hit a 20-year low against the USD in September and has rallied ~10% to this week’s highs. The recent rally has been fuelled partly by a substantial covering of short speculative currency futures positions, resulting in a current net speculative long position of ~$16B – the largest since March 2021.

The Canadian Dollar made its high for the year (8060) in early April and then trended lower as stock and commodity markets trended lower and the USD trended higher. The CAD made its low for the year (7150) on the October 13 Key Turn Date and rallied along with the stock indices until mid-November. After that, weakness in the commodity markets, particularly energy markets, pulled the CAD lower despite steady/better stock markets and ongoing weakness in the USD.

The Bank of Canada raised s/t interest rates by 50bps on Wednesday, but the CAD had its lowest weekly close in seven weeks as stocks and commodities were down on the week and the USD steadied.

If you wonder why Justin Trudeau keeps getting re-elected – look at this map:

The Mexican Peso fell hard on Monday and sustained those losses through Friday. Last week I wrote: Do speculators think “friend-shoring” will cause Mexican exports to the US to soar? Has the Peso been bid up as a high-yield play against a weakening USD? Do the record-high open interest (outside of a brief delivery spike in December 2019) and hugely net-long speculative positioning flag an over-bought market ripe for a correction if the USD catches a bid?

The bond market has rallied for seven weeks but still had its worst year in over 100 years.

Gold rallied to All-Time Highs of ~$2,080 following the Russian invasion but fell ~$465 to 30-month lows in late September as the USD and real interest rates soared. Gold jumped ~$150 as the USDX fell from its 20-year highs but couldn’t sustain those gains. On November 4, gold rallied as the US employment report ignited a sharp decline in the USDX and subsequent strong rallies in stocks and bonds.

This rally in gold may not be the beginning of a new bull market. Note that the gold ETF market continues to see net sales of gold again this year (excluding the panic buying following the Russian invasion.)

The most important question may be changing

For the past several months, and certainly since the June stocks market lows, the most critical question seemed to be, “How high is the Fed going to push interest rates, and when will they stop raising rates?” The thinking was that once “Peak Fed” was reached, that signalled a “Green Light Special” to buy stocks.

Now it seems as though the most critical question is, “When is the recession going to hit, and how bad will it be?”

The rally in bonds and the decline in crude oil may be foreshadowing a recession, and the stock market, after a massive rally off the October lows – driven by hopes for “peak Fed” – may be reluctantly starting to agree with that assessment.

The sharp fall in gasoline prices may be the reason that the University of Michigan’s survey of consumer inflation expectations is falling.

I started this week short CAD, a position I established on Friday of last week. I was stopped out of that trade in the Sunday overnight session, but I re-shorted it at a higher price very early Monday morning, and I also shorted gold and the S+P. I covered those three positions for excellent gains on Tuesday.

I took a series of small losses in gold, CAD, EUR, S+P and T-Notes on Tuesday and Wednesday as the markets chopped back and forth in a narrow range. I did not trade Thursday. I re-shorted CAD and the S+P on Friday – I was stopped on the CAD and went into the weekend short the S+P with unrealized gains of 35 points.

Over the past few months, the wicked short-term price volatility across markets has pushed me to shorten my trading time horizon. I’ve also cut my trading size to manage risk. I’ve made money (but not as much as I think I should have given the huge moves we’ve seen in some markets!), but my win/loss rate has deteriorated (I’m guessing around 30/70) because I’ve taken a LOT of small losses.

I’ve had some good market “calls,” but it has been difficult to capitalize on those trading ideas if I want to avoid taking my chances with the algos on event risk. For instance, do I want to hold a position going into CPI on Tuesday or the Fed meeting on Wednesday? No, I don’t. In Dow Jones terms, the futures market could move 1,000 points in moments, triggering stops on both sides of the market. I’ve decided to wait for the initial “wild and crazy” price action after BIG scheduled events to quiet down and for bid/offer spreads to come back in before I take a position. I’m willing to “give up” the opportunity to make a big gain (or suffer big losses) in exchange for the ability to manage risks.

I find it impossible not to have market opinions, but I read a LOT of research written by many brilliant, well-informed people with a great variety of views about what might happen in different markets. Therefore, if a market is moving against me, I get out and take a slight loss instead of staying in my position because I “know” I’m right.

I’ve been trading markets for fifty years, and I’ve heard many stories and seen many turn to dust. One of the greatest stories during my time was the dot.com bubble in the late 1990s when “stories” drove share prices of worthless companies to absurd levels – and then they fell to zero.

If you want people to buy your stock, tell them a good story.

My long-time friend Bob Hoye, a true market historian, loves to talk about the Tulipmania in the 1600s in Holland when tulip bulbs were briefly “worth” more than houses.

At every significant market high, there WILL BE stories that it is going MUCH higher.

More recently, there have been stories about marijuana, crypto, copper, and electric vehicle companies.

I can’t imagine how much money people have lost chasing ESG stories, and I wonder when “passive investing” will be seen as one of the biggest stories of all time.

I have a friend in Chicago who says, “I don’t believe in anything – except mean reversion.” I won’t argue with that.

My wife was away for three days this week, so Barney was at my side 24/7. We went for several long walks together as the snow melted away, and we had all our meals together. I have to say he has won my heart, big time.

I’ve had a regular weekly spot on Mike Campbell’s Moneytalks show for >22 years. The December 10 podcast, with special guest Tim Cestnick, is at: https://mikesmoneytalks.ca.

I recorded my monthly 30-minute interview with Jim Goddard for “This Week In Money” on December 10. We talked about the markets I trade and how I trade them. Near the end of the interview, Jim asked if there was anything else I’d like to add, and I got into a “mini-rant” about people getting sucked into believing stories. I wrote about it above, but check out this link and hear what I said – with nothing held back!