By Victor Adair15 January 2023No Comments

Markets are expecting the Fed to cut rates this year, but the Fed says, “Don’t count on that.”

This is the current SOFR (Secured Overnight Financing Rate) forward curve. It trades at a discount to par (zero interest rates), so a price of 95 implies a 5% rate. This chart shows that the market expects the Fed to raise rates ~50bps from current levels (25bps at each of the February and March meetings?), stand pat until June and then start cutting rates: down ~50bps by December 2023, down ~150bps by June 2024 (M24), and down ~200bps by December 2024 (Z24.)

Public statements by members of the FOMC (particularly Chairman Powell) would “beg to differ” with the market’s assessment; they are NOT expecting to cut rates in H2 2023.

I’m looking at this “difference of opinion” as a trader; I’m not pretending to be an economist. From that perspective, the market seems to be “fighting the Fed,” or at least trying to front-run changes in Fed policy.

The Fed is determined to bring inflation down and believes that the worst mistake they could make would be to “quit too early,” so they can’t publicly speculate about cutting rates in the future.

The “exit ramp” for the Fed from their current intransigence is that they are “data dependent.” Hence, if the data changes (inflation tumbles, the economy goes into recession, something breaks), they would have a good reason to cut rates.

They could also raise or keep rates higher for longer than the market expects if the data gives them a good reason to do so.

Market analysts have a wide range of expectations on future inflation levels, Fed policy, bond yields, stock prices and the US Dollar. As a trader, I’m going to have a bias toward some analysts over others, but they clearly can’t all be right, so I have to be prepared that the ones I tend to agree with may be wrong.

I could short December SOFR or Eurodollar futures, but a risk there is getting stopped out a wild intraday swing on a data point like CPI. Also, that trade is simply a bet that interest rates will rise from current expectations. A better trade might be a spread; short Dec / long June, which is a bet that December rates will rise relative to June rates – that the multi-month trend of December falling relative to June will reverse.

Gold has rallied over $300 in the last eleven weeks to a 9-month high.

Gold fell ~$450 from All-Time highs reached following the Russian invasion to 30-month lows in November and was out of favour (witness the net selling of gold ETFs since the attack in this chart from the Gold Monitor by Murenbeeld & Co.)

Last week’s blog noted that the fall in the US Dollar since late September has been bullish for gold (gold and the USD have had an exceptionally high negative correlation recently). Still, the $300 gold rally seemed more than just a reaction to a weak US Dollar; markets suspect that heavy official (and possibly unofficial) Central Bank or other government buying has been driving the rally. China and Russia are suspected of being large buyers, not only of their domestic production but also in world markets.

In last week’s blog, I pointed out that shorting gold had a poor risk/reward profile, given geopolitical risks. Still, this week my long-time friend Ross Clark published a report noting a weekly (nine consecutive weeks with a close above four weeks earlier) and daily Sequential 9 sell setup in gold.

Ross wrote that thirty-two of thirty-five weekly signals since 1980 have resulted in corrections to the 20 or 50-week ema before the next concerted move to the upside. These averages provide support around $1790.

Commitments of traders’ data from the Comex gold market show speculators net long ~$28 billion – substantially below the value of net long speculative positions held following the Russian invasion of Ukraine. (Note how closely net speculative positioning has tracked changes in the gold price this past year.)

However, gold option volatility has not risen during the recent ~$300 gold rally (like it did on the Russian invasion), so puts (or put spreads if you hate time decay) are relatively cheap and offer a limited risk way to fade this recent rally.

Gold RSI has risen to levels that have previously accompanied price peaks.

One more reason for fading this rally: everybody in the gold trading world knows the Central Bank buying story, and the Chinese markets have a long history of NOT paying top dollar for anything.

One good reason for not fading this rally is the risk of geopolitical stress causing gold to extend the rally.

Gold bugs have believed for years that gold is the original Anti-dollar, but lately, the Euro currency has become known as the Anti-dollar. In the currency trading world, the EURUSD is, by far, the most frequently traded pair. If a currency trader has a negative view of the USD, buying EURUSD is the go-to trade.

The US Dollar Index (heavily weighted with European currencies) hit a 20-year high in September; the Euro hit a 20-year low; the British Pound hit a 37-year low; the Japanese Yen was around a 32-year low, and, in October, the Chinese Renminbi hit a 15 year low. The title, King Dollar, was fitting.

The Euro has rallied ~13.5% from its September lows, and speculators in the CME currency futures market have been aggressive buyers.

The American stock markets have substantially outperformed the rest of the world for several years, but that trend has changed recently with the weakness in the USD. The Euro STOXX 50 has rallied ~31% from its 2-year lows in September 2022, while the DJI has rallied ~19%.

The fall in the USD was accelerated in October and November when Japanese authorities intervened in the currency market to support the Yen. Subsequent changes in the BoJ’s yield curve control policies accelerated the rise in the Yen.

The Canadian Dollar: The Euro fell to a 7-year low against the CAD in August 2022, and then, in September, when the Euro began to rise against the USD, it soared against the CAD and is now up >12% from those multi-year lows.

For years I’ve said that money flows to America for safety and opportunity. Most of the time, “America” meant the USA, but I think the ROW (the rest of the world) sees Canada as a subset of the USA. When the money comes to America, some of it goes to Canada – and when the cash flows away from America, some of that flow is from Canada.

I was out of step with market momentum this week. I was looking for opportunities to short stocks and didn’t see any, so I did nothing in stock indices. I was also looking for opportunities to short the Euro. Last week I wrote that buying the Euro had a terrible risk/reward profile (after having rallied ~15% from its September lows) especially considering the geopolitical risks of the Ukraine war. I shorted the Euro twice earlier in the week and was stopped for minimal losses both times. I shorted it again when it fell back from its post-CPI rally to 10-month highs on Thursday. I’ve held that position into the weekend.

I’m always watching correlations between markets. Gold and the USD, for instance – which could be called a “relative value” spread. Recently I’ve seen currency, equity and interest rate markets highly correlated with one another relative to sentiment changes around Fed policy. For example, if sentiment swings to anticipating an easier Fed, stocks, bonds, and short-dated paper rally, and the USD weakens.

I’ve got a bias that stocks “want” to go higher and may be disappointed.

I’ve got a bias that the sharp decline in the USD since September is overdone.

Consequences to come from what the Fed has done

Investors and traders have many risks to consider, but the lurking behemoth is that debt service costs are soaring due to rising interest rates. If “something breaks” in the financial markets, it will likely be because “somebody” is unable to repay a debt, which in turn sets off a flood of counterparty risks. This chart from Charlie Bilello puts debt service costs in perspective.

We’ve had a lot of rain here lately, which means a lot of mud puddles, which means I take Barney to the shower. He’s not keen on it, but he’s compliant and seems to strut around the house more when his fur is clean and fluffy. He can be patient with me for a while when I’m working, but inevitably he wants me to leave my computers alone and play with him! How can I say no to a face like this?

I’ve had a regular weekly spot on Mike Campbell’s Moneytalks show for >22 years. The January 14 show is at: https://mikesmoneytalks.ca.

I recorded my monthly 30-minute interview with Jim Goddard for “This Week In Money” on January 7. You can listen here. I talked about how I thought markets would shift from being laser-focused on the Fed – that maybe geopolitical issues would be the big driver of markets this year. We also talked about stocks and interest rates and currencies and especially gold. 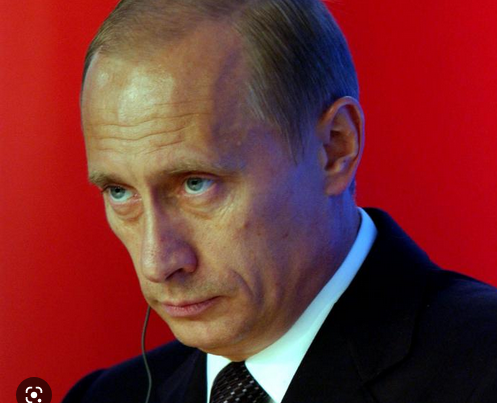