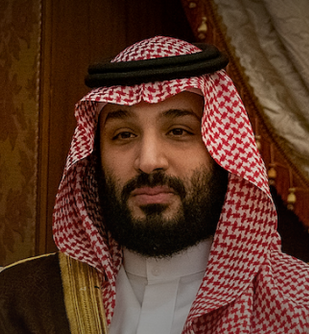 By Victor Adair9 October 2022No Comments

Front-month WTI futures closed ~$76 on Monday, September 26 – the lowest level since the first week of January. The damage to the Nordstream pipelines was discovered that day. Since then, prices have rallied sharply and closed this week at ~$93.30. The anticipation of, and the fact that OPEC+ announced a 2 MBD cut in production quotas at their October 5th meeting in Vienna, together with (apparent) substantial short-covering, helped drive prices higher.

The fact that OPEC+ members had collectively been unable to produce/sell their full quotas before the Vienna meeting means that the amount of crude they will now be able to produce/sell will probably only be diminished by ~500,000BPD, but that does NOT weaken their message – OPEC+ is willing to restrict supply to maintain high prices, despite the global inflationary impact of high energy prices.

Given the direct, secondary and tertiary impact of high energy prices on inflation, the market has to expect that the OPEC+ decision means that leading Central Banks will remain more hawkish for longer – as they try to dampen inflation with “demand destruction” policies.

Western political leaders were quick to condemn OPEC+ for cutting production quotas (“Saudi Arabia is siding with Russia against the free world”) while remaining willfully blind to the “supply destruction” caused by their own anti-fossil fuel energy policies.

Front-month gasoline futures rallied ~40 cents from last week’s lows, but remain substantially below the All-Time Highs reached during the peak driving season this past summer. (The West Coast is a different story – with average state-wide gasoline prices in California back to record highs around $6.50 per gallon – due to “refinery issues.” Prices in British Columbia, Canada, adjusting for litres/gallons and FX rates, are slightly above the California average price.)

The Dow Jones futures rallied ~1,900 points (~6.5%) from Sunday afternoon lows to Wednesday’s highs (short-covering after dropping ~3,900 points the previous three weeks) but reversed course and fell ~1,300 points from Thursday’s highs to Friday’s low as “extreme negative sentiment” returned following the employment report – which killed any notion that the Fed might “back off” from their aggressive tightening policies. (The US economy has added ~4 million jobs this year with the unemployment rate at 3.5% – a 50-year low.)

All of the major American stock indices had a 3-day “Island” reversal this week – that’s bearish.

Big tech stocks were hit hard late in the week. Canadian bank shares and REITS also had a bad week.

The 60/40 stock/bond classic portfolio has had a bad year.

The US Dollar Index hit a 20-year high last week, fell ~4% into early this week, but then bounced back. The USDX is heavily weighted toward Eurozone currencies (78%) and the myriad problems in Europe have contributed to USDX’s strength (up~22% YTD.) But the USD is up against virtually all currencies with the trade-weighted USD up ~10% YTD.

The Canadian Dollar fell ~5 cents in the last three weeks of September to a 30-month low. It bounced nearly 2 cents Monday and Tuesday as stocks and crude oil both rallied hard, but fell back later in the week as stocks tumbled.

Gold touched a 30-month low last week (Dec futures: ~$1,613) but jumped ~$115 to this week’s highs. Silver jumped >$3. The rally and subsequent setback in precious metals were in sync with the weakness and subsequent strength in the US Dollar.

Open interest in Comex gold futures is down ~30% (to a 40-month low) from the March highs made following the Russian invasion, and the price has dropped ~$400. Global Gold ETFs have seen steady selling since the brief burst of buying around the Russian invasion. (Net selling YTD ~28 tonnes.)

The futures market and the ETF market are telling us that people buy gold because they think the price will rise, and when it doesn’t they sell. They are not (on balance) buying gold as insurance.

Even though gold has dropped ~$400 from the March highs I think it would have dropped much more if it was only moving counter to the rise in the US Dollar and real interest rates – therefore I think there is some “insurance” buying of gold, and/or there is a growing “unwillingness” to be net short of gold at these prices and with the “conditions” we have in the world.

As my friend Kevin Muir keeps saying, traders have to trade what they think “will” happen, not what they think “should” happen. So, as much as I think gold “should” be catching an “insurance” bid, it will probably take a perception that the Fed is about to “back off” for the price to jump – or a geo-political shock. (Buy insurance when you can, not when you must!)

Markets struggle to adapt to the New Paradigm

For more than 20 years markets assumed that the Fed had their back. If “something bad” happened the Fed would throw money at the problem. Leverage and risk-taking had “friends in high places.”

But things changed (inflation soared) and “friends” found new priorities – kill inflation at all costs – and markets are struggling to adapt to the new paradigm – how far does the stock market have to fall before finding the “Fed put?”

The new paradigm stresses legacy positioning (leverage and risk-taking) that had grown around the world for over two decades. Some things broke early and quickly (AARK and Peleton), and other things (China real estate) broke more slowly but with enough weight to risk collateral damage.

Twenty years of low interest rates and ultra-loose monetary policy created an environment of financial instability as people thought that environment would last forever. Now, with interest rates rising swiftly, “everybody knows” that something big is going to break. The UK pension “problem” that caused the BoE to “do a 180” overnight may be foreshadowing bigger problems to come.

Cash may be “trash” after taking inflation into account, but at least the “burn rate” is less than what’s happened in stocks and bonds.

And yet, “retail” shows no signs of capitulation. Stock indices have been trending lower all year, with the DJIA down ~22%. Bond yields have been trending higher for three years – and this year has been “the worst year ever.” American 30-year mortgage rates are 6.75% – the highest since 2006.

If and when “long-term investors” start to sell, who will be the buyer?

I started the week long gold and long T-Note calls. I bought the S+P early Monday. I sold all three positions early Tuesday. I made ~$48 on gold, 110 points on the S+P and took a small loss on the T-Note calls (by the end of the week the calls were virtually worthless – I “took my medicine” at the right time!)

I bought and sold the S+P on Wednesday for a small gain. I did nothing on Thursday. On Friday, about two hours after the employment report, I bought the Canadian dollar. It was the only currency that was trading green on the day against the USD. The Canadian employment report was OK, Canada looks like it will “keep up” with American interest rates, soaring crude oil was giving CAD a bid, but the falling stock market was a drag on CAD. Later in the day, I covered the trade for a tiny loss – the falling stock market was overpowering any lift from crude oil.

My profits this week more than made up for the losses I took the previous two weeks and I went into the weekend flat.

I can imagine a big, quick breakdown – a panic. But isn’t that priced in? Market sentiment seems to be extremely bearish, but I think it’s also fragile and another hit of “bad news” could kick off the falling dominos.

That doesn’t mean that I’ll jump on the short side, I’ll watch the price action and decide what to do, but my bias is that the next 1,000-point move in the DJIA is more likely to be down than up.

But the market sentiment is so negative that if we start to rally we could see a decent move!

We’ve had an amazing “Indian Summer” since the end of August and Barney and I have taken full advantage of it with plenty of long off-leash afternoon walks in the sunshine. The shorter days mean that the sun comes up about the same time as the stock index day session starts – not a good time to be walking the dog, but it teaches me to be more patient and to stretch out my trading time horizon. Barney doesn’t seem to mind!

I’ve had a regular weekly spot on Mike Campbell’s extremely popular Moneytalks show for >22 years. The October 8 podcast, with Mark Leibovit as Mike’s special guest, is at: https://mikesmoneytalks.ca.