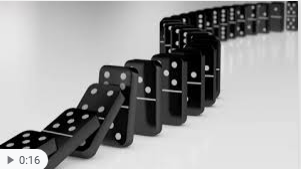 By Victor Adair1 October 2022No Comments

“The most important thing” for the financial markets the past few months, and especially for the last three weeks, has been the realization that the Fed is DETERMINED to get inflation down and “break the back” of future inflation expectations.

US bond yields YTD have had the steepest rise ever – with 2/3 of the move coming in the last two months. The 10-year yield touched 4% this week for the first time in 14 years. Credit spreads are widening, and real yields are soaring. Bond yields in the UK rose to a 24-year high (5%), prompting the BoE to intervene (buying bonds) to prevent a market collapse. The emerging market bond ETF has fallen to GFC lows.

This chart of UK bond yields looks similar to the price of UK Natgas earlier this year.

The US Dollar index soared to a new 20-year high early this week (up 18% YTD – the best year ever.) Currency volatility has surged higher, and the central banks of Japan and Korea intervened last week to keep their currencies from going into free fall.

The British Pound dropped to a 37-year low against the USD on Monday but bounced back from Tuesday to Friday.

The Canadian Dollar has fallen ~ 5 cents in the last three weeks – hitting a 28-month low.

The Chinese RMB fell to a 14-year low against the USD. (In this chart, higher prices mean it takes more RMB to buy one USD.)

The DJIA is down >8,000 points (~22%) from January All-Time highs to levels last seen in November 2020, when Biden was elected, and Pfizer announced the covid vaccine.

The (energy heavy) Goldman Sachs commodity index has fallen ~30% from the 14-year highs reached immediately after the Russian invasion of Ukraine. This is the lowest index level since early January of this year.

Front-month WTI futures traded below $77 this week for the first time since early January.

Front-month Gasoline futures ended September ~43% below the All-Time Highs made in early June.

Base metal supplies are low.

This week, gold touched a 30-month low – down ~$470 (~22%) from ATH made following the Russian invasion. Gold rallied ~$60 off this week’s lows following the BoE intervention, and as the USD fell against the GBP and the EUR. The gold rally came despite surging real yields and may foreshadow a possible giant rally if the Fed ever reverses policy as the BoE did this week.

The chart (courtesy of Murenbeeld & Co.) shows that buying of gold ETFs surged around the Russian invasion, but all of that and more has been sold in the past few months (as the USD and real interest rates have surged.)

Markets are struggling to adapt to aggressive Fed policy

Jeremy Siegel and Jeff Gundlach have both recently been critical of the Fed’s aggressive policies – with Gundlach announcing that he is buying Treasuries at these prices in the expectation that the Fed will drive the economy into a recession. Market “fears” seem to be shifting from inflation to recession.

Stock and bond market sentiment has become increasingly negative (for a good reason!), but I’ve been expecting a short-term bounce to be followed by lower prices.

I’ve taken long positions in TNotes, stock index futures, the Canadian Dollar and gold. I’ve made some money (particularly on the Wednesday bounce), but I have small net realized losses at the end of the week.

It may look like I’m trying to catch a falling knife on a daily or weekly chart, but I watch for “higher low” patterns on intraday charts and buy small positions with tight stops – looking for a sharp short-covering rally.

So far, I’ve been early – which means, in my business, that I’ve been wrong!

At the end of the week, I’m long gold with small unrealized gains, and I’m (still) long OTM TNote calls which have lost about half their premium and time value.

In a nutshell, my current short-term strategy is making several bets where I think I’m risking 50 cents to make $5. I expect many of these trades to result in small losses.

I think it is far too late to “short” the market here, looking to catch (for instance) a 5,000-point break in the DJIA – without being prepared for the DJIA to rally back 5,000 points. I also have no interest in buying the market here (because it’s “oversold” and cheaper than it used to be) and gritting my teeth if/when it falls another 5,000 points.

There is a lot of “stress” in the market right now, which could lead to “forced selling,” which might, in turn, create a “falling dominos” scenario which would cause a “pivot” from the Fed (like we saw from the BoE this week.) I think the market is vulnerable to “event risk,” particularly a “credit event” where rising interest rates push “someone” over the edge with possible contagion ramifications.

Last week I noted that I had two good friends who took their own lives when markets moved hard against them. With the way markets are these days, I “know” that some people are under a lot of personal stress – maybe some people you know.

HEADSUPGUYS has saved 100s of lives. Don’t be afraid to share a link to their website with people you know.

Headsupguys.org is a project at the University of British Columbia with:

Barney is living the good life. He’s well fed, well-loved, and well looked after. I weighed him this week, and despite all the food he’s been eating, he seems to be levelling off around 60 pounds. Maybe all the exercise he gets is keeping him from gaining weight.

He loves to run when we go out for a long off-leash walk, but he also loves to take it easy practically anywhere in the house.

I’ve had a regular weekly spot on Mike Campbell’s extremely popular Moneytalks show for >22 years. The October 1 podcast, with Luke Groman as Mike’s special guest, is at: https://mikesmoneytalks.ca.