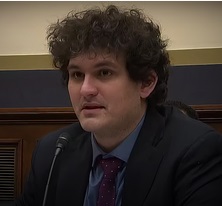 Markets have been searching for “Peak Hawkishness” since June – without success, as Chairman Powell made clear in his press conference following the FOMC meeting last week. But – the downtick in various CPI metrics on Thursday caused markets to believe the Fed will “reduce the speed” of interest rate increases and “pause” raising rates in H1 2023. That was “enough” to cause spectacular rallies across markets.

This chart is a “steal” from my friend, Kevin Muir, the Macrotourist.

Since the October 13 lows, the Dow has retraced >60% of the January to October decline.

Bond futures had their biggest one-day gain in over ten years on Thursday.

The US Dollar has been trending lower after hitting a 20-year high in September. The downtrend accelerated after the rally following Powell’s press conference last week. Thursday’s CPI-driven decline was the biggest one-day tumble in over two years.

The Japanese Yen hit 32-year lows against the USD in September, and the Japanese authorities executed several rounds of intervention to keep it from falling further. Some speculators have made a fortune shorting the Yen over the past few years – we may have seen some short-covering this week.

The Swiss Franc hit 40-month lows against the USD last week. The 8% rally off those lows is astounding!

Gold spiked to All-Time Highs on the Russian invasion but has trended lower since then as interest rates and the USD rose. Last week gold popped higher when the Fed’s press release indicated a possible “slow down” but then tumbled >$50 to 30-month lows on November 3 as the USD strengthened. It has rallied ~$150 in seven trading days.

The mid-term elections had relatively little impact on the markets

But following the CPI report, those worries were history (for people not involved in crypto markets.)

China re-opening – or not?

Last Friday’s (November 4) rumours that China might be easing Covid lockdowns contributed to significant rallies in metals, energy and currencies – especially the commodity currencies. But denials over last weekend by Chinese officials caused those rallies to stall – until Thursday’s CPI report re-ignited bullish enthusiasm! This chart shows a 15% rally in copper in just seven trading days!

Chinese shares fell to new lows following Xi’s “election” to his 3rd term as President but have bounced back on re-opening stories and in “harmony” with Western equity markets.

This Friday, November 11, Chinese officials announced a reduction in Covid quarantine policies, and commodities and currencies rallied further. However, those rallies may have only been extensions of Thursday’s CPI-inspired gains.

This chart shows how many RMB are needed to buy a USD. Falling prices on this chart mean a stronger RMB.

I bought the S+P last Friday, thinking the market would resume its uptrend after selling off on Powell’s Nov 2nd press conference. (I shorted the S+P prior to the presser and gained >100 points on that trade.) I covered Friday’s buy early Tuesday for a gain of >100 points when it looked like the rally off last Thursday’s lows was running out of steam. That looked like a good move when the market dropped on Wednesday, and I decided not to re-load in front of the Thursday CPI report. (That was a risk management decision – I expected the market would move sharply either up or down and I could suffer a substantial loss if I positioned the wrong way.)

The rallies in stocks, bonds, currencies and gold were so swift and spectacular following the CPI report that I couldn’t “chase” them, so I didn’t make any new trades on Thursday.

I shorted the S+P a couple of times during the Friday day session (thinking the rally had gone too far, too fast), but tight stops quickly took me out with slight losses.

I was flat at the end of the week, with decent profits, and only mildly disappointed that I had not caught some of the big CPI-inspired moves.

I think the HUGE moves across markets probably went too far too fast. The downticks in the various CPI metrics were pretty modest, and markets appear to be making a HUGE “expectation” bet that inflation will fall dramatically and the Fed will “back off.” That may be precisely what happens, but I will look for signs that markets “got ahead of themselves.”

Looking at layoff announcements and the sharp declines in freight rates and volumes, I wonder if “recession” will become an issue – if it does, that would probably be good for bonds but not stocks.

I think some money managers must be chasing this rally to avoid losing AUM after having poor performance YTD.

I realize that corporate buybacks are now running full bore, and this is seasonally the strongest time of the year for stock indices.

I know I don’t know what will happen, and stocks may rally hard into yearend, but if I see toppy price action, I’ll be back on the short side.

Winter hit Vancouver Island this week with sub-zero temperatures. I take Barney out for his first walk of the day before sunrise, and (considering I was wearing golf shorts outside just a couple of weeks ago) it’s damn cold! I bundle Barney up in one of his winter jackets to keep him warm, and even though I think he’d rather go without it, he puts up with it!

I’ve had a regular weekly spot on Mike Campbell’s Moneytalks show for >22 years. The November 12 podcast, with special guest Chris Miller, author of a new book called “Chip Wars” will be at: https://mikesmoneytalks.ca.

I will be doing my regular monthly review of macro markets with Jim Goddard on the “This Week In Money” show on Saturday, November 12. My old friend, Ross Clark, will also be on the show, as will the one and only Marc Faber. You can listen here.