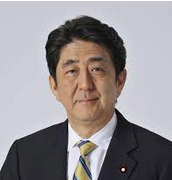 By Victor Adair10 July 2022No Comments

Front-month NYMEX WTI futures dropped as much as $19 from last week’s high to this week’s low – but bounced back ~$10 by Friday’s close. The high/low range on Tuesday (after the long weekend) was $14, with the price plunging $11 in five hours. (June 8 is circled on a number of this week’s charts – a Key Turn Date for the energy sector.)

Share prices of many energy-related companies (including uranium) topped out in early June (after being the hottest market sector YTD) and tumbled as the S+P fell to 19-month lows. The energy sector was the worst-performing sector in June.

The energy sector of the commodity market was The Last Man Standing as base metals, precious metals and grain markets had topped out earlier in the year and had begun steep declines.

The recent plunge in energy markets helped drive the Goldman Sachs commodity index (heavy energy weighting) down ~21% over the past month to “before the Russian invasion” levels.

The critical factor driving this year’s bullish fossil fuels narrative has been current and anticipated supply shortages. It seemed that the “only thing” that could keep prices from rising further would be demand destruction, and there’s been little evidence of that. So why did the energy markets reverse sharply from their strong uptrend around June 8? Let’s look at other markets for answers.

First, and likely the most important, is interest rates. Both short and long-term interest rates began to lurch sharply higher around June 8 – likely in anticipation of aggressive action from the Fed at the following week’s FOMC meeting.

Many analysts were worried that aggressive rate hikes would drive the economy into a recession, and a recession might create the “demand destruction” that would be a giant killer for the energy bull market.

Third, the US Dollar Index soared to 20-year highs as interest rates lurched higher in early June – which caused weakness in commodities priced in USD. Also, note that on Tuesday of this week, when energy markets plunged, the USDX had soared to new 20-year highs as the problem-plagued Euro fell to 20-year lows. At this week’s highs, the US Dollar index had rallied ~21% from the January 6, 2021, inflection point when the Capitol Building was under siege.

Fourth, there was also a “positioning” factor behind the tumble in the energy sector. The bullish supply shortage narrative was so convincing that long energy had become the “most crowded long” (everybody who was bullish had already bought and perhaps had purchased more than they should have). When prices began to tumble, there was, effectively, “no bid.”

S+P futures were down ~24% from their early January All-Time highs at the mid-June lows but have bounced back ~7% despite (or because of?) extremely negative sentiment.

Gold has tumbled to a 10-month low

I bought the S+P five times this week, with small size and tight stops. My timing was not very good, and my tight stops took me out of the market with small losses three times and once with a decent profit. I went into the weekend long the S+P. (This is a short-term trade; I don’t “believe” that we’ve seen the low for the year.)

I bought a small gold position on Friday after the market bounced from 10-month lows. The bounce didn’t last, and I closed the trade with a slight loss. (Looking at the daily chart, I saw that I was trying to “catch a falling piano,” which discouraged me from staying with the trade into the weekend.) The P+L on my closed-out transactions this week was down <0.5%.

There are several “extremes” across markets. Inflation is at multi-year highs, and key Central Banks appear poised to execute dramatic policies to reduce inflation. Geo-political stress is high, and political and social divisiveness has intensified. North American unemployment is at multi-decade lows. The US Dollar Index is at a 20-year high while Germany contemplates energy rationing even as they register their first trade deficit in years. American consumer sentiment is at multi-year lows, while stock market sentiment is at rock bottom.

Short-term price action is exceptionally choppy across several markets. Liquidity and depth of market are thin, while Open Interest (contracts held overnight) in several key futures markets (energy, base metals, grains and the S+P) is at multi-year lows (traders are nervous about overnight risk.)

Around the world, “The Authorities” are floundering and “the people” are demonstrating. This creates a high level of uncertainty in markets.

I swapped emails with a long-time friend in Chicago this week. He worked at a prop trading firm years ago and has made his living trading his personal accounts for the past twenty years. He told me that “everyone he knows” is trading the smallest size “ever” these days. Veteran traders shy away from existential risks.

There are opportunities in these markets, but the big risk is getting trapped in something that you were “sure” would work. Go light on predictions – go heavy on managing risk.

“If you asked me to distill trading down to its simplest form, I would say that it is a pattern recognition numbers game. We use market analysis to identify patterns, define the risk, and determine when to take profits. The trade either works or it doesn’t.” – Mark Douglas Trading In The Zone

My comment: Mark Douglas doesn’t pull any punches in Trading In The Zone. He’s in your face and does you a huge favour by challenging your beliefs, work ethics and perspectives.

I take Barney out for a 30-minute walk before 6 am every morning and another 30-minute walk before bedtime every evening, but his real outing is usually a 2-hour mid-day walk with my wife or me. We love to get him to places where he can run free of his leash (well away from cars), and he loves the forest.

I’ve had a regular weekly spot on Mike Campbell’s extremely popular Moneytalks show for >22 years. The July 9 podcast is available at: https://mikesmoneytalks.ca.

I did my monthly 30-minute podcast with Jim Goddard yesterday and talked about macro markets, Dutch farmers, and risk management. You can listen to This Week In Money – A Howe Street Radio feature.