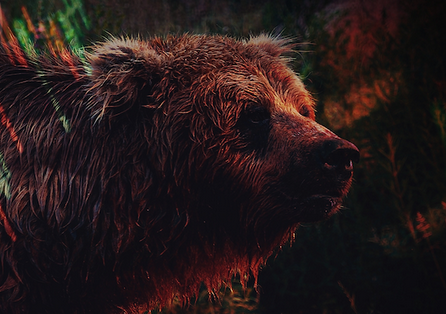 By Victor Adair2 July 2022No Comments

The Fed raised s/t rates by 75bps two weeks ago and warned that they will continue to raise rates in an “unconditional” manner until inflation cries “Uncle.” But interest rates have DROPPED since then as the market focuses on the looming recession rather than on relentless inflation.

March 2023 Eurodollar futures have rallied ~100bps since the Fed raised rates, while the 10-year Treasury yield has fallen from ~3.5% to ~2.9%. (Eurodollars trade at a discount to par. Rising prices = lower yields. Bond prices rally as yields fall.)

Markets are pricing the Fed to raise rates by ~125bps between now and December 2022 and then start CUTTING rates aggressively – because “recession.”

Increasing recession prospects have caused bonds to rally (after having a miserable first six months of 2022) while stocks and commodities have declined.

The energy sector of the stock market

The commodity sector is not monolithic, but the entire sector had a booming start this year. Lately, base metals and grains have been weak, as has Natgas, but crude oil and gasoline have been relatively steady.

I’ve circled the “Economist Magazine Cover” top on wheat – May 19.

Commodities had a booming start to the year.

Commodities (save crude oil and derivatives) had a booming start to the year but have fallen sharply lately – because “recession.”

Capital has continued to flow into the stock market YTD, although it has flat-lined recently. There has been selling, but Vol metrics don’t indicate panic, and passive investors have not begun to sell.

The US Dollar Index closed the week at a new 20-year high; the Yen is at a fresh 24-year low against the USD.

The Euro/Swiss dropped to new lows, while the EURUSD is only a hair away from 20-year lows.

The CAD has held up well, around 77.5 cents, considering the overall strength of the USD, the weak stock market (an expression of risk-off sentiment) and the recent drop in commodities.

Gold dropped to a 5-month low early Friday but bounced back ~$30 by the close. Silver closed at a 1-year low.

These two charts are from the Gold Monitor, written by my good friend Martin Murenbeeld. The USD and real interest rates significantly impact the gold price.

I was short the S+P this week, thinking that the bear market rally off the mid-June lows was inspired by the notion that the Fed would not be as aggressive as previously thought – but that the looming recession would overwhelm the idea of an easier Fed, and that would pressure stocks.

I was long T-Notes for much the same reason.

I was short CAD, thinking it would weaken with the USD being strong while stocks and commodities were weak. I covered the position for a small gain, thinking that it might rally if the CAD couldn’t fall in that “risk-off” environment.

I don’t enter a trade based on where I think a market could be months from now or where I think it should be relative to other markets, but I can’t help wondering about those things.

For instance, during H2 of 2021, I repeatedly told our Moneytalks listeners that I thought asset prices were “stretched,” that there was a lot of speculative froth showing up in different sectors, and that people should be careful about chasing things.

I felt a little silly doing that – like I was the buzz-killer telling the kids that if they drank too much at the party, they would wake up with a nasty hangover.

But right now, in my Big Picture view of the world, with the leading stock market indices down 20 -25%, I think the Big Risk is that we “ain’t seen nothing yet.”

We’ve had four or five bear market rallies since January, and each time those rallies ran out of steam, the market rolled over and made new lows. There has been selling but no panic. I know the Passive Investing Crowd believes that, in the long run, the stock market always goes up, but there will be “corrections,” which are good buying opportunities – a chance to lower your average buy-in cost.

I’m not “hoping” that Passive Investors start selling in a panic, and I believe that years of ultra-low interest rates “forced” a lot of people who should have been savers to become “investors.” But I think that trillions of dollars have flowed into the stock market based on some variation of the Passive theme, and if the broad indices keep trending lower, some of that money will start to exit.

Another Big Picture item is the US Dollar at 20-year highs. Many economists will argue, with good reason, that it is over-valued and “should” be lower. They may be correct, but IF the USD keeps trending higher, it will be another symptom of our world changing in unexpected ways.

This chart does nothing to dispel my concerns.

When I see a great quote, I’m happy to steal it – but I also want to give the author full credit for his inspiration. Adam Mancini is a Canadian who actively trades stock index futures, and I recommend his Twitter feed to you. I loved this quote:

Barney is loving summer! This week he swam a few dog-paddle strokes for the first time! Previously, he only waded into the water, but this time he lunged for a floating stick in slightly deeper water and seemed surprised to find himself swimming! Another milestone!

When my grandmother wanted to take pictures of people, she always wanted them to stand in front of her flower garden. Taking photographs with colour film was expensive, and she tried to get the most into each photo. I’ve become my grandmother! Barney and I found a stand of poppies on one of our walks, and I positioned him in front of the flowers!

I’ve had a regular weekly spot on Mike Campbell’s extremely popular Moneytalks show for >22 years. The July 1 podcast is available at: https://mikesmoneytalks.ca.