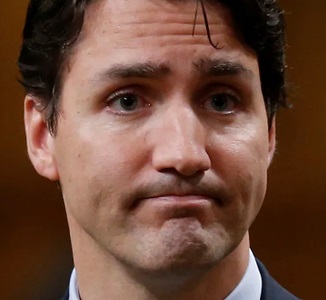 Another week – another new All-Time High for the S+P, the Nasdaq and the TSE

Jay Powell’s much anticipated Jackson Hole speech did nothing to cool the market’s enthusiasm – so the bounce back from last week’s lows continued with the S+P now up ~20% YTD, up ~105% from last year’s lows. For months, there has not been a 5% or more correction; volatility keeps trending lower, and complacency reigns. Everything is Awesome! Buy Every Dip!

The blog will be shorter this week. I’ll post a lot of charts and graphs and keep my comments brief. I think the market is at risk of a correction, but maybe we have to get a blow-off top first.

This chart shows that investors are using more leverage than ever to buy shares. (As yellow net free credit line goes deeper negative.)

The US Dollar Index hit a 9-month high last week, fell back this week as “risk-on” set the tone

Gold shares did not rally back with bullion.

The red line on this chart shows that jet fuel demand this year is below each of the last 5 years – save 2020.

The Canadian Dollar hit a 6-year high above 83 cents in June but tumbled to 77 cents as the USD rallied and commodities (esp. WTI) fell only to bounce back >2 cents this week as “risk-on” sentiment returned

The Canadian federal election is just over three weeks away. The rest of the world doesn’t care. (There are bigger things to be concerned about!) If anything, I think the market is pricing another Liberal minority government.

The only position I held coming into this week was short OTM calls on the CAD. I had written those calls to reduce the risk on a long CAD futures position that ended up losing money. I covered the calls this week for a single tick. My profit on the short calls offset about 2/3 of my loss on the long futures position.

I shorted the Dow futures twice this week. One trade had a minimal loss; the other had a decent gain. I was keen to keep shorting stock indices if a good setup developed. I considered shorting on Thursday but decided against it – thinking that the setback that day was only a minor correction to the rally off last week’s lows. I also didn’t want to be short into Powell’s speech Friday morning.

I’ve been in semi-holiday mode the past two weeks, and it seems like many people are doing the same thing. I’m skeptical of the continuing stock market rally, and I wonder if it will continue when people come “back to work” after Labor Day. I anticipate the political wrangling and rancour in Washington will ramp up big time this fall. I think many people assume that trillions more in government stimulus is a given, and they are pricing that into the markets. I’m not so sure.

Despite the shrill commentary from the hyper-inflation crowd, the credit markets seem to be pricing in “transitory” inflation. If that changes, market stress will increase.

The virus/vaccination story could go in any direction, but I don’t think it’s going away, which could add to market stress.

In short, I’m taking advantage of the summer weather, anticipating a BIG change from the current market complacency once we get into fall.

When I spoke at investment conferences, people always wanted me to tell them where markets were going. That’s what they wanted to know – or, more likely, they wanted somebody to confirm what they already believed.

There is a HUGE difference between predicting where a market will go and trading the same market. As a trader, there is great freedom in acknowledging that I don’t know where the market is going. By freedom, I mean that I’m not “wrong” on a trade if it goes against me (because I could not have known where it was going) I’m only “wrong” if I don’t get out of the trade.

Could you buy a market without making a “prediction” that it is going up?