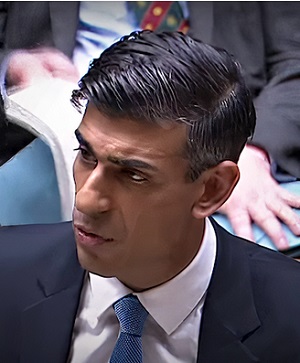 By Victor Adair30 October 2022No Comments

A Key Turn Date occurs when several different markets reverse course on (or around) the same date. The fact that several different markets “pivot” simultaneously indicates that something significant has happened – for instance, there has been a significant “shift” in sentiment or a critical geopolitical event. On October 13, the US CPI report was hotter than expected, but the initial negative market sentiment (equity indices tumbled) quickly reversed, and a new trend began.

Last week I wrote that “I think the markets made a turn this week that could have legs.” Given the KTD the previous week, it’s not a leap of faith to believe that the new trends could have staying power (unless Powell spoils the mood this coming Wednesday!)

I’m writing the TD Notes on Sunday morning again this week (we were in Victoria Friday/Saturday to celebrate my stepson’s 26th birthday and to visit with old friends), so the Notes will be shorter than usual – I’ll let the charts do most of the talking!

A couple of weeks ago, I wondered if the super-strong US Dollar might be the “dark horse” that precipitated “something breaking” in the markets. (While everyone was looking for soaring interest rates to trigger a crisis, I thought it might be the soaring USD that created a pivotal event.)

The US Dollar index hit a 20-year high late last month after rising ~29% from the January 6, 2021 “inflection point” when the Capitol Building was under siege. On October 13, the USDX made a lower high and has drifted lower since then.

The Euro: Due to its heavy weighting in the USDX, the Euro is often a mirror image of the USDX, and it made a higher low on October 13 and has trended higher since.

The Canadian, Australian and New Zealand dollars (The COMDOLS) all fell to around two-and-a-half-year lows on October 13 but have traded higher since then. The COMDOLS, especially the CAD, have a high correlation to the S+P – the critical barometer of risk on/off sentiment.

The Yen: I recently wrote that the relentless decline of the Japanese Yen (down ~30% from last year’s highs at a 32-year low against the USD) was “opening the door” for currencies all across Asia to tumble against the USD – even though by old school metrics like the balance of trade, those currencies were already seriously under-valued.

The Yen made a new 32-year low on October 13, despite intervention by the Japanese authorities, and continued to drift lower for the next six days until another round of intervention on October 21 sparked a significant pivot higher.

October 21 was another Key Turn Date, in that it marked a pivot higher for the Yen and bond prices and reinforced the rally in other currencies (against the USD) and in the stock indices.

The British gilt market was a spectacular example of a KTD in the credit markets. Yields on the long gilts hit 20+ year highs on October 13, then pivoted lower as gilt prices rallied.

The HYG – High Yield corporate bond ETF fell to its lowest price since the Covid panic on October 13 then rebounded sharply.

The Dow Jones Utilities Average also fell to its lowest levels since the Covid panic on October 13, then bounced back smartly.

The 10-year Treasury Note futures contract fell to a 15-year low on October 13, bounced back a bit on the day but then drifted lower for a few more days (until the Japanese authorities intervened on October 21 to support the Yen.) The 10-year rebounded to October 13 levels following the Yen intervention.

David Rosenberg points out that foreign Central Banks have sold >$200 Billion in US Treasuries YTD for FX intervention, with Japan ~43% of that total and the PBoC ~39%. David also notes that the YTD correlation between the Yen and the 10-year T-Notes is ~95%, or 3X the average correlation of the last 30 years. He concludes that if the Yen continues to rise, there will be much less selling of Treasuries from foreign Central Banks – buy bonds!

All major stock indices traded at or near 2-year lows immediately following the October 13 CPI report but reversed higher on the day, and a new trend was born.

The DJIA has been the strongest of the major American equity indices and has rallied ~4,200 points (14.6%) in the 12 trading sessions since the October 13 lows.

The tech-heavy Nasdaq has been the weakest of the primary American indices, but even it has rallied ~10% from the October 13 lows.

But the Hang Seng TECH Index and the Emerging Markets ETF (weighed down by China) could not sustain their brief rally after October 13 and have continued their downtrend.

Stock market sentiment and positioning at the October 13 lows were extremely negative. As prices began to rally, people who had been short or who were out of the market HAD to become buyers – and this was especially true for money managers who have been losing money this year due to the falling stock and bond markets. (If they didn’t buy this rally, but their competitors did they would lose AUM.) FOMO buying has been robust, but people also realize this is the seasonally strongest time of the year. Anticipated corporate buy-backs also helped fuel the rally.

It all comes down to the Powell press conference

There are several potential market-moving data points this week, including the Tuesday JOLTS report and the Friday employment report, but the key event will be the Wednesday Powell press conference following the (assumed) announcement of another 75 bps interest rate bump.

Markets have been hunting for a Fed pause or pivot for months – so far, without success. If Powell doesn’t signal some re-think or pause to the Fed’s relentless drive to bring down inflation by aggressively raising short-term interest rates, this recent rally will probably falter.

There has been a drought on Vancouver Island for the past four months, but it finally started raining this past week, and Barney was able to play in a mud puddle for the first time since June! He took full advantage of the opportunity, and even though he didn’t roll around in the puddle (like a Lab would), he still had to shower when we got home! He didn’t like wearing the raincoat, but he put up with it.

I’ve had a regular weekly spot on Mike Campbell’s extremely popular Moneytalks show for >22 years. The October 29 podcast, with Tyler Bollhorn as Mike’s special guest, is at: https://mikesmoneytalks.ca.