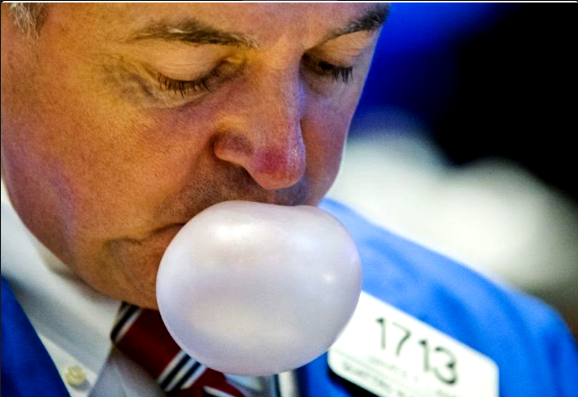 By Victor Adair3 July 2021No Comments

The Goldilocks and no bears market

We have Goldilocks conditions as stock indices surge to new ATHs during the seasonally best time of the year. The S+P is up ~6X from the 2009 lows – not counting dividends. The Naz 100 is up ~14X from the 2009 lows, and with those kinds of gains, who cares about dividends. The major indices are all up ~100% from last year’s lows. We clearly have a Momentum market, not a Value market.

Will the Fed ever tighten again?

Everybody knows that the “Greenspan Put” means that the Fed bails out the market every time it falls – but who remembers Fed Chairman Bill Martin and his assertion that it was the Fed’s job to be “the chaperone who ordered the punch bowl removed just when the party was really warming up?” That was truly a different era!

I’ll bet Jay Powell remembers that quote, but after his experience with saying, “We’re a long way from neutral,” in October 2018, he probably has no stomach for channelling Bill Martin. However, another FOMC meeting is scheduled for July 27 – 28, and Jay may feel the market needs a dash of Presbyterian tonic.

Bond prices have been trending higher for three months

The bond market doesn’t seem to be intimidated by the inflation narrative, especially when the Fed is buying in size – every day of the week!

When interest rates are ultra-low, people reach for yield in many different ways.

Volatility metrics are near 15 month lows

The US Dollar has been in rally mode for six weeks

Currency speculators had been heavily short the USD before the June 16th FOMC meeting, and their short-covering in the days after the meeting provided fuel for the USD rally.

The market seemed to be braced for a powerful US employment report this Friday (July 2), but the Goldilocks report set up a daily key reversal.

Outside of two days in October 2018, WTI crude oil hit its best levels in seven years this week when it traded over $76 a barrel. Demand keeps rising, OPEC+ keeps a tight rein on production increases, US Shale production (after several years of astonishing growth) is slow to recover, CAPEX is forecast to remain low, and speculators keep buying.

The nearby (backwardated) forward WTI curve keeps getting steeper as the demand for crude for immediate delivery – as opposed to deferred delivery – continues to increase. This chart shows that the September 2021 WTI contract is trading at a premium of ~$3 to December 2021.

June 2021 was the worst month for gold in years

Gold dropped ~$170 from its high at the beginning of June to its low at the end of the month. It fell nearly $150 in six days mid-month. It seemed as though gold was aggressively bid ~$225 from late March to June 1st on the inflation/reflation narrative (as the USD weakened). Still, when gold couldn’t extend the rally to take out the January 2021 highs, speculators began to liquidate. That selling was pressuring the market lower when the Fed surprise hit and gold collapsed. There was a weak bounce back last week, and then new lows were made this week.

The good news is that gold recovered from this week’s lows to close higher on the week. If gold can rally above $1800 next week, then this week’s low will look like a false breakout – which may be a breath of fresh air for the gold bulls!

The Canadian Dollar bounces back after a 3-cent sell-off

The CAD rallied from 68 cents last March to a 6-year high of 83 cents in May/June. The 15-month rally was broadly in harmony with the pro-risk mood that saw stocks and commodities rally while the USD fell. Following Biden’s election and the Pfizer vaccine announcement last November, the CAD rallied to its best level in over two years, and speculators began to build what grew into a HUGE net long position in the CAD futures market.

I became skeptical of the CAD above 83 cents and started trading it from the short side. I re-shorted it on June 23rd after it had a weak bounce from the tumble it took on the Fed surprise and covered that trade (for a decent profit) Friday. I had hedged part of that trade by selling OTM CAD puts. I did not cover those puts (which expire next Friday) when I covered the short futures position – effectively ending the week net long the CAD (looking for the CAD to either stay flat or rally.)

I bought the Euro Friday as it recovered from a 3-month low. This trade is in line with my long CAD position. I think the USD rally may take a breather.

I bought puts last week when gold had a feeble bounce following the Fed surprise. That trade looked good Tuesday (with gold down more than $30 at a 2-month low), so I stayed with the trade. Unfortunately (for me), gold did not make new lows but turned higher, and I closed out the trade for a small loss.

I think the stock indices are over-extended and at risk of a correction, but I won’t sell a market that’s making new highs. If they show any signs of weakness, I will try to get short, with small size – this has been a powerful rally!

I’ve got a similar bearish idea for WTI, for similar reasons.

I’m already positioned (net long the CAD and the EUR ) for the USD to correct lower; if it does, I will add more positions.

It’s interesting to see commodity indices (led by crude) trending higher even as the USD is trending higher. I thought commodities were out-of-step – but maybe it’s the USD that needs to change.

Best wishes to my American friends for a great Independence Day holiday, but keep the following in mind: