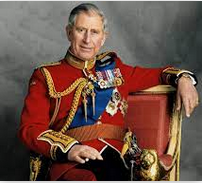 By Victor Adair18 September 2022No Comments

Markets reacted dramatically to the “stronger than expected” CPI report Tuesday morning. The DJIA futures dropped ~800 points in five minutes and was down >1,650 points later in the day. Friday’s low was ~2,150 points below Tuesday’s high. It was the biggest weekly loss since the Covid Panic in March 2020.

Interest rates across the curve surged higher, with June 2023 Eurodollars falling >50bps by Thursday – taking out the mid-June low, as the market grudgingly concedes that the Fed will be more hawkish for longer. The 10-year T-Note futures traded to a 13-year low this week.

The US Dollar rallied sharply.

For the past three months, investors have “wanted to believe” that “Peak Fed tightening” was behind us

The DJIA tumbled ~3,000 points in the week before the mid-June FOMC meeting, as investors braced for the Fed to raise rates by 75bps and warn of much more to come. Over the next two months, investors began to believe that they had seen the “worst” from the Fed and the DJIA rallied ~4,600 points.

But as interest rates marched higher through August and the USD climbed to a 20-year high, the stock indices turned lower – clearly a risk-off environment.

Bullish positioning accelerated the break on the CPI report

Stock indices rallied after Labor Day – recovering >50% of the decline from the mid-August highs – but buyers of this rally just added to selling pressure on the post-CPI break.

Futures markets are pricing the FOMC to increase s/t interest rates by 75 – 100bps this coming Wednesday, with another 50bps bump in November and December. The fact that the Fed will be shrinking its balance sheet (QT) by $95 billion a month is relatively unnoticed but adding to the tightening of financial conditions.

Here’s an interesting chart from Barclay showing that weakness in the Euro this year has been primarily due to weak Chinese growth (they are buying fewer European exports) and high Natgas prices. If Chinese growth picks up or Natgas prices ease, then the Euro might rally – market sentiment is very bullish the US Dollar.

The CAD dropped >2 cents from Tuesday’s high to Friday’s low – the day-to-day correlation of the CAD to the S+P is ~80%, according to Scotia Bank.

American railroad workers were set to strike this week, but a last-minute deal, involving substantial increases in wages and benefits, averted the strike. A couple of weeks ago, I wrote that I expected people to push for higher salaries as they try to “catch up” to the rising cost of goods and services and that this would sustain inflationary pressures. I expect more strikes because many people feel “left behind” by income inequality and soaring prices for food, fuel and shelter.

The Heisenberg Report recently noted the rising trend of massive state intervention (think of the fiscal stimulus during Covid, the proposed direct cash payments to European citizens to help cover rising energy costs etc.) Is there no irony that fiscal policies are increasingly inflationary while monetary authorities are trying to get inflation down?

Do pension funds have a problem?

The sustained rise in inflation will result in higher Cost Of Living Adjustments (COLA) for pensioners. For instance, Social Security and Supplemental Security Income (SSI) benefits for approximately 70 million Americans will increase 5.9 percent in 2022 (and will likely rise again in 2023.)

As inflation rises, most pension funds will have to pay more money to pensioners because of COLA. The problem is that most pension funds have some form of 60/40 stock/bond investment portfolios, and with both stocks and bonds down sharply this year, their portfolio values are falling while their payout liabilities are rising.

Is it time to buy bonds?

The yield on American government debt with maturities from 6 months to 30 years is approximately double the 1.7% S+P dividend yield. Remember TINA – There Is No Alternative (to investing in the stock market?) Well, the bond market may now be an alternative.

The 10-year Treasury futures have traded lower for the last seven weeks and hit a 13-year low this week. CFTC data shows that speculators are heavily short the bond futures. If the stock market remains under pressure and a recession looms, government bonds with ~3.5% yields might look good to some folks.

The prospect of inflation staying high and the Fed staying hawkish (don’t forget the QT program running at $95Billion a month) might discourage some people from buying bonds. Still, my long-time friend, and excellent technical analyst, Ross Clark, recently published a report noting a weekly downside capitulation (a momentum gauge) and daily and monthly sequential nine buy setups (a pattern recognition) in the TLT. Maybe the bond market is already pricing in a LOT of negativity!

FedEx issued a warning Thursday afternoon (they see a drop in shipping volumes and forecast lower earnings.) FedEx shares dropped ~25% on Friday (on HUGE volume) and are down ~ 50% from ATH made in June 2021. Is FedEx a “canary” for other businesses?

I started this week with long positions in the S+P, CAD, MEX and gold. All the positions, especially the S+P, were up from where I bought them last week. The four positions were “all one trade” – they were all risk-on trades.

I knew the CPI report was scheduled for early Tuesday morning, and it would likely inspire volatile price action – either for me or against me. I considered taking profits on some, if not all, of my positions, but I’ve been trying to lengthen the time horizon of my trading (to get away from day trading), so I considered staying with the trades.

In the end, I took profits on all my positions on Monday. The deciding factor was my mantra that I make money from managing risk, not from having a great crystal ball, and the looming CPI report was a huge risk that I chose to avoid.

The markets plunged on the report. The velocity of the drop in the first few minutes after the report was incredible. I was grateful to have sold everything on Monday.

I couldn’t bring myself to get short. The drop was so violent that it seemed a “bounce-back” was inevitable, and I didn’t want to risk that, so I did nothing Tuesday. On Wednesday and Thursday, I bought the S+P, looking for a bounce, and was briefly ahead on both trades, but ended up with two small losses. I bought the 10-year note on Thursday, was stopped for a slight loss, rebought it Friday, and kept it for the weekend.

Buying the S+P and the TNotes this week was “probing” – I was trying to establish a position that could have a decent move, but I was buying very close to where I would stop myself out if I were wrong. With this kind of trading, I will have a low win/loss ratio, but one winning trade will easily make up for several losing trades.

If I see a buy setup in one time frame, I will always look at the same market in other time frames to see if my trade idea still looks good. For instance, this week, when I liked the look of the hourly S+P and bond charts, the daily charts told me to keep my stops tight – I was fighting the longer-term trend.

Market sentiment is very bearish – for a good reason, there are lots of things to worry about, with an aggressive Fed – and the consequences that may come from that – topping the list, but the question always is, “How much is already in the price, and what’s your time frame?”

Markets feel stressed, which may produce a “flight to quality,” which is why I’m probing the long side of the bond market.

The most recent BoA Fund Manager Survey shows that Fund Managers are the most cautious they have been in more than twenty years. Maybe a lot of negativity is already in the price.

I think it’s a good time to be cautious. I expect “stress” will cause something to break – sharply higher interest rates will have consequences.

Another “steal” from my friend Kevin Muir, The Macrotourist, but when I saw it, I knew I had to steal it! I’ve read every Jack Schwager Market Wizard book several times, and I agree 100% with this quote. (I also recommend Jim Dines’ excellent book, Mass Psychology.)

I haven’t taken Barney swimming in the ocean this week, but he’s had a few huge off-leash runs on the forest trails. He loves to run, and I love to watch him having a great time after being restricted to on-leash walks for the first two weeks after his surgery.

He is also wolfing down his meals, which makes me happy. During the heat wave, he nibbled at his food and walked away. I worried that he had grown tired of “the same old thing,” I tried giving him different foods, but he just wasn’t hungry – it seemed the heat wave killed his appetite.

This is Barney giving me “the look” when he thinks I should leave my trading desk and take him for a walk.

The conference will run all day Saturday, October 22, at Mount Royal University in Calgary. Josef and his team have organized a fantastic conference, and if you have any interest in the energy markets, I highly recommend that you make plans to attend. Get all the info you need.

I’ve had a regular weekly spot on Mike Campbell’s extremely popular Moneytalks show for >22 years. The September 17 podcast, with Martin Armstrong as Mike’s special guest, is at: https://mikesmoneytalks.ca.

I recorded my monthly 30-minute interview with Jim Goddard for Howe Street Radio on September 9. Listen to that interview at: https://www.howestreet.com/category/talk-digital-network/radio-podcasts/this-week-in-money/.