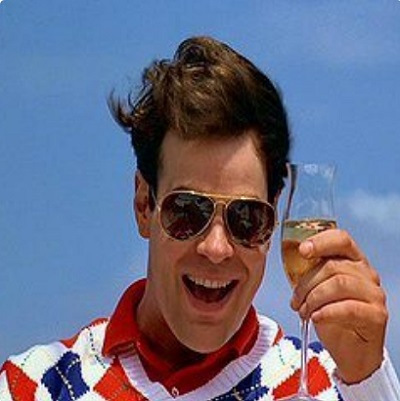 By Victor Adair12 December 2020No Comments

Market psychology has been very pro-risk the past 6 weeks, especially since the Pfizer vaccine announcement on November 9th created a real-world justification for “looking beyond” short term economic concerns to a much brighter post-virus future.

Major stock indices have rallied to new All Time Highs, the US Dollar Index has dropped to a 2 ½ year low and commodity markets have soared.

My question is: how much of this “looking beyond” short term economic concerns has been priced into these very pro-risk markets, and are they vulnerable to a “correction?”

My answer is: I think market psychology has discounted a ton of good news, is choosing to over-look a ton of bad news, and pro-risk markets are therefore very much at risk of at least a short-term “correction.”

I understand that the path of least resistance is probably higher, that success breeds success, that when a market runs like it has the past 6 weeks (or 6 months) there are individuals and money managers who are stricken with a severe case of FOMO and will buy every dip. I understand that social media is reinforcing and exacerbating bullish enthusiasm and is causing bigger and faster moves than ever before, and that therefore historical comparisons don’t matter much.

I also understand that with interest rates at All Time Lows people who should be savers have become “investors” because, like “Mayo” in An Officer and A Gentleman they’ve got nowhere else to go.

The Virus has been the biggest “disruptor” we’ve ever seen

For several months I’ve thought that the virus would keep spreading and become the biggest “disruptor” we’ve ever seen by causing/exacerbating “structural change” across our economic, social and political landscape. That seems to be happening.

Governments and Central Banks have taken unprecedented steps to counter the virus and the knock-on effects of the virus, and their actions appear to have solved liquidity concerns. But what about solvency issues? Lockdowns result in business failures, unemployment and lineups at food banks. Loans don’t fix solvency problems.

I think market psychology “wants to look beyond” this dreadful virus and has therefore embraced the prospect of effective mass vaccinations with unrestrained enthusiasm and aggressive pro-risk buying. I get it. The vaccine news is wonderful. The world will be a much better place if/when people have immunity to the virus.

But I don’t like the current risk/reward profile of buying now in the hope of selling later at a higher price.

The bond market tumbled on the Pfizer vaccine announcement as the stock market raced higher with the overnight DJIA hitting 30,000 for the first time ever. But since then the bond market doesn’t seem to be buying the “reflation” trade. I’ve been trading TNotes from the long side for the past month and have found that to be an easier way (easier than shorting stock indices!) to express my view that the pro-risk trade has gone too far too fast. I’m long TNotes into the weekend.

I’ve been shorting stock indices this week (small size/tight stops) trying to establish an initial position on anticipation of a break. Its been frustrating. Every time I got ahead on a trade the market would turn and rally. I’m flat at the end of the week.

The pro-risk trade in the currency markets has been to short the USD.

The Euro has rallied ~12% against the USD in the last 6 months with a good leg higher the last 6 weeks. The Swiss Franc is at a 6 year high Vs. the USD.

The commodity currencies were hit hard in March as the virus exploded around the world. The Australian Dollar is up ~36% in the past 6 months with a good leg higher the last 6 weeks.

The Brazilian Real fell to record lows in March, bounced back a bit, and then slumped again only to make good gains the last 6 weeks as pro-risk sentiment has seen the USD fall against nearly all currencies (even the really weak ones!)

The US Dollar looked over-sold to me early this week and I shorted Euro, CAD and MEX. I closed the Euro and CAD positions for a wash but stayed short MEX into the weekend.

Copper also weakened in the 2nd half of October but has rallied ~20% since the beginning of November to a 7-year high. Futures market speculators have swung from being hugely bearish copper in March to currently being the most bullish in years – that’s another sign of extreme bullish enthusiasm!

I never make a trade without a good reason. But I have to balance my reasons for making the trade against the fact that I don’t know all of the information that could impact the trade. I also have to balance my reasons against the fact that once I enter a market I have no way of controlling where it goes – the only thing I can control is what I do. If I’m trading futures I always have stops in the machine. If a market hits my stop I don’t need to know “why” it moved against me I just need to know I’m out.

I know I’m going to lose money on some of my trades but I do everything I can to avoid EVER taking a BIG loss on a trade.

I don’t think of unrealized gains as my money but if I’m long a rising market I will definitely keep raising my stops. I like to get my stops to breakeven or better as soon as possible. I think of stops as “disaster prevention” not as the only to exit a trade. For instance, if a market makes a quick big move in my favor I will often take profits on the move and cancel the stops.

I never think in terms of “opportunity loss” – money I could have made if only I’d jumped on a certain market. I miss good trades all the time.